LFP or NMC batteries – which solution is better for maritime?

The NMC battery has become a standard in maritime today, but the LFP battery has grown to be a strong contender in recent years because of its increased safety and better affordability. Do you know which solution best suits your needs?

All batteries have the same basic composition. They consist of a positive electrode (cathode) and negative electrode (anode), with a separator and electrolyte between the negative and positive side.

In terms of behavior, the NMC and LFP battery chemistries are similar to each other with the comparable performance characteristics, and they are used in the same types of applications.

Both NMC and LFP are lithium-ion batteries, but the cathode material differs between the two. NMC uses lithium, manganese, and cobalt oxide as cathode material while LFP uses a lithium iron phosphate chemistry. Both battery types utilize a graphite anode. So, a common and in some ways more correct abbreviation of these battery types is G/NMC and G/LFP respectively.

NMC and LFP batteries build their stability around the separator, the protective layer that forms between the graphite anode and electrolyte. The collapse of this buffer layer is the first stage of a chain reaction, often referred to as thermal runaway which is more common in graphite-based cathodes.

In short: The NMC or G/NMC battery

NMC is a battery chemistry with high energy density but with a lower cycle life. The batteries typically have a lower upfront cost but may need to be replaced over the lifetime of the vessel depending on the operational profile.

G/NMC batteries have been the subject of a number of investigations around fires on both land-based and marine installations, leading some companies, such as Tesla, to switch over to the use of G/LFP chemistry for EVs.

The cathode material in LFP batteries is Lithium Iron Phosphate. G/LFP batteries have moderate to long life span, but a lower energy density than NMC batteries but offers a slight safety advantage to the G/NMC chemistry.

This is due to the chemical structure of LFP which hinders the release of oxygen. LFP has a higher self-discharge rate compared to other lithium-ion chemistries.

LTO is a safe contender

If you’re looking for durability and safety, (which we assume you are), there is another option to consider – The LTO battery (lithium-titanium-oxide). The lifetime of batteries has historically not been long. A vessel can be in operation for up to 30 years or more, however, a typical NMC battery sometimes lasts as little as 6 years. LFP can offer a better cycle life, but in terms of cycle life, LTO batteries are the clear winner. It can easily withstand 20-30.000 cycles, which, depending on operational profile can be up to 20 years and in some cases even longer.

In an LTO battery, the anode is made of titanium (Lithium Titanium Oxide, LTO) instead of graphite. LTO batteries are mechanically stable under rapid charge and discharge, can be cycled heavily, and eliminate the risks mentioned with graphite anodes. This durability makes it an excellent choice for vessels and maritime use. Read more about LTO batteries and the possibilities it comes with.

Its capability to discharge more of its available energy (depth of discharge – DOD) over a long period of time, means that there is less need for oversizing, or carrying buffer energy to last over the vessels design life. Which in turn mean size and weight can still be lower, compared on a system level. 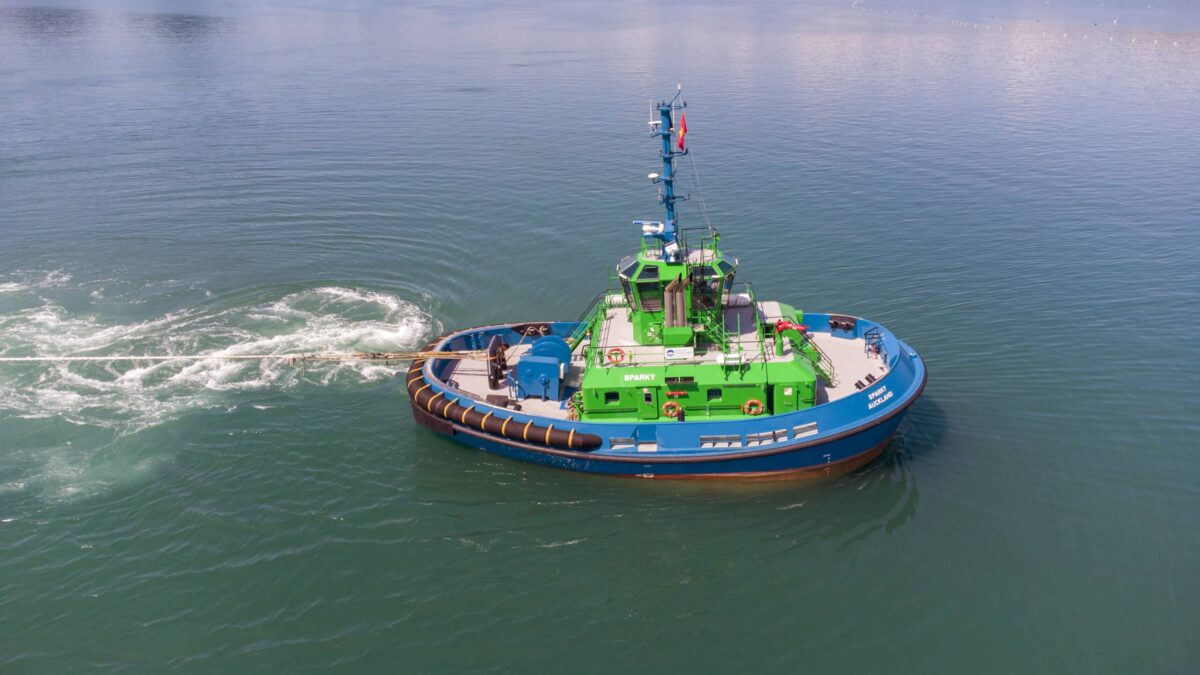 What batteries are used in Sparky?

Which way to go?

Looking at available data of installed base LTO have seen substantial growth and currently has in fact more maritime installations than LFP.

It is also worth reiterating that both G/LFP and G/NMC batteries contain graphite anodes. Under multiple cycles or heavy-duty use, the breakdown of the SEI (solid electrolyte interphase) on which the safety of LFP or NMC batteries is based, and subsequent failure of the cell leading to thermal runaway is a significant risk for both cell types.